Now here's something very special indeed. MD of Hospital Records - Chris Goss - has spent a huge amount of time and effort to put together this amazing musical project, a beautiful 8 x 7" boxset of classic Jet Star tracks rerubbed and remixed by a slew of Hospital artists. It's rare to get D&B on 7" vinyl anyway, so this is a '3, or indeed 8 busses come along at once' release with belter after belter on dinked wax (as it shoud be). Cue up legendary Jet Star artists like Barrington Levy, Alton Ellis, John Holt, Beenie Man, Horace Andy, King Tubby and Chaka Demus and marry them to London Elektricty, S.P.Y., Urbandawn, Pete Cannon, Nu:Tone and more for a killer DJ-set-in-a-box. Reggae and dancehall is of course a major influence and pillar in D&B and it's great to see Hospital focus their gaze on such a classic label. At the time of writing I've heard 2 of the tracks in the set - Urbandawn's mix of Chaka Demus' 'Forward and Pull Up', and Nu:Tone's remix of Barrington Levy's stone cold classic 'Here I Come', and both are seriously good. If the other 14 tracks hit the same highs (which I'm completely confident that they will), then this box set is a MUST have. I'm most definitely buying one!

The box set is on pre-order NOW on the Hospital web shop, and there is a 'listen' button but doesn't seem to be working as I write this. Hopefully that'll be fixed when you read this. 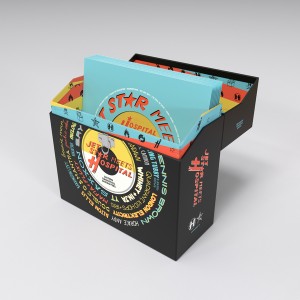 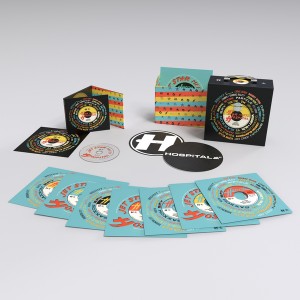 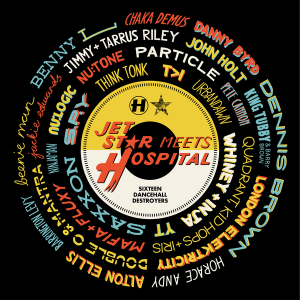