We have to hand it to Vice Beats for this Dilla tribute release. From concept to music and artwork it's an essential collector's item from the label that bring some  of the illest emcees together for a classic hip hop cut. The perfect blend of beats and rhymes awaits you, dear listener, because producer Vice Beats has gathered together a sick tight clique for the debut release on Vintage Vibez Records entitled 'That Love'. On the ticket are Audessey, Greg Blackman and Knuf who combine for an ill posse cut rap with Vice Beats production values on full show. On the flip, producer 45 Live's very own Smoove emerges from his Northern Coal mine shaft with a gleaming remix for the ages. If that's not enough for you, all profits from the sale of the record will go directly to the James Dewitt Yancey Foundation in Detroit (setup by Dilla’s family). Out now on limited 45 though the Vice Beats Bandcamp.

To celebrate two years of release and 1+ million plays, Vice beats’ releases “That Love” on 7” for the first time, featuring a remix from the super talented UK based producer Smoove. That Love is taken from the only UK based official J Dilla tribute album to date - “Dilla - The Timeless Tribute” which reworks Miguel Atwood Ferguson’s “Suite For Ma Dukes”. “That Love” is a detail focused and passion led reworking of Slum Village’s, Dilla produced classic “Fall In Love”. The limited vinyl release sees both a black original 45 version alongside a very limited red version. Having received worldwide praise from tastemakers and pioneers of the scene including DJ Premier and Chuck D of Public Enemy, this is much more than a tribute, it’s a special piece of Hip Hop history, raising money for the James Dewitt Yancey Foundation in Detroit (setup by Dilla’s family). Profits from this vinyl support young musicians to develop their skills and opportunities. With original artwork from Nina Fini, and mastering from Cosmic Trigger, this is a must have for the collection. 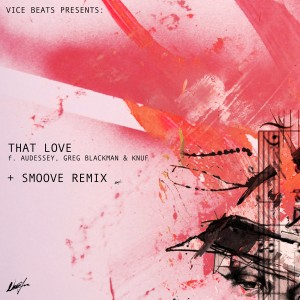