Hold up, super-solid UK hip hop right here with a French twist as sizzlin' hot producer Djar One from Le Havre teams up with the hard-as-nails Whirlwind D, a rapper who's been treading the boards for some 25 years on this belter of a tune. Do you know that well-used phrase 'keepin' it real'? It's probably something you should never say now, I don't know, but Whirlwind D is doing just that, proper UK hip hop. Almost documentary in flavour, this is artists telling you like it is without a glitzy sheen getting in your eyes, and UK hip-hoppers are well suited to this direction. In the US it was Public Enemy who broadcast the news and informed the masses, so with a nod to their influence, DJ Specifik cuts up Chuck D to emphasise the message of fake news and media manipulations. Musically speaking Djar One drops a RIDICULOUSLY heavy sample/loop chopped up with rugged drums for a nasty-face funky-as-f**k dancefloor banger. OUT NOW 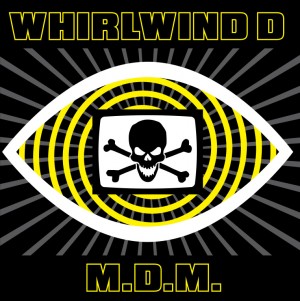