Dr Rubberfunk, one of the soundest guys in the scene, and drummer/producer of fine repute is back with an essential unearthing and re-releasing of a club cut that fully deserves it. First released 16 years ago (where the hell did all that time go?), 'Disco Scene' saw a 12" release and enjoyed plenty of limelight for it's infectious cut-n-paste trip through the world of funk and here gets a new 7" edit ready for the 45 lovers out there. Coupled with the 'Grapes of Wrath' remix which ups the ante for maximum dancefloor pressure. There's so much music from the 90s and early 00's that only saw 12" releases, and plenty that would be welcomed on a 45 now as this perfectly illustrates, so many thanks Simon! In the play box it goes. 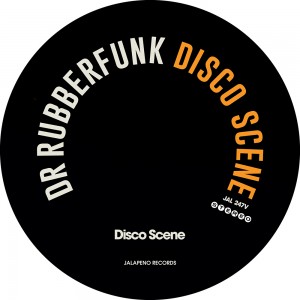