The origins of the club night ‘Deep Funk’ were borne out of the coming together of essentially two separate club sessions that evolved in the early 90’s. Keb Darge’s ‘Humpty Dump’ located at the Leisure Lounge in Central London, and Greg Belson’s ‘Urban Soul’ at the Clarence Hotel in Surrey. The two DJ’s started trading ideas of a pivotal session after each had appeared as a guest at the other promoter’s night. The year was 1994 when the direction took shape for both Keb & Greg to work together on an all-encompassing funk event in London Town. Ideas were thrown around, guest DJ’s were talked about and venues discussed….Keb called the night ‘Deep Funk’, Ormonds was the perfect two floor venue to launch our initial concept, and the DJ’s were put in place to carry the night forward.

These 45’s are just some of the records that made up the backbone of that first session….tracks that already had a grounding at ‘Urban Soul’ and ‘Humpty Dump’….at ‘Deep Funk’ however, they would go on to become classics within our scene.

Some 25 years later, they can be regarded as the ‘Origins of Deep Funk’. 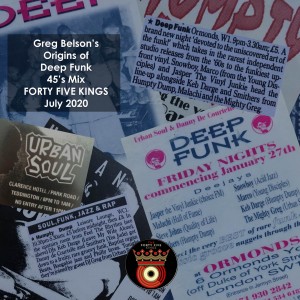 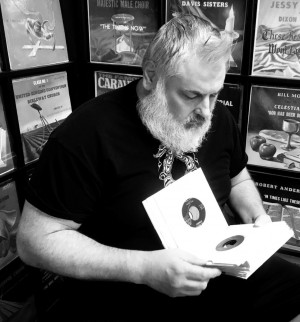 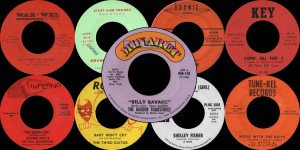