45 Live is back with CBR for another afternnon session at this incredibly popular event. Beer, 45s, what's not to like?! 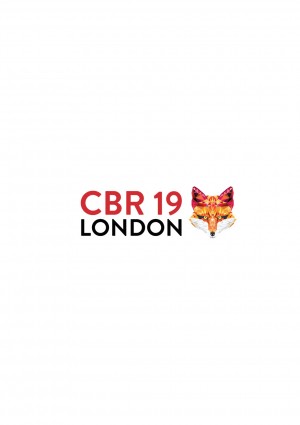 The South London Soul Train is a night in London that makes you feel like you're back in early 90s, a night that absolutely goes off every time, rammed to the rafters across 4 floors with an epic line up in every room. It really is something special.

South London Soul Train ALWAYS sells out, get tickets while you can! 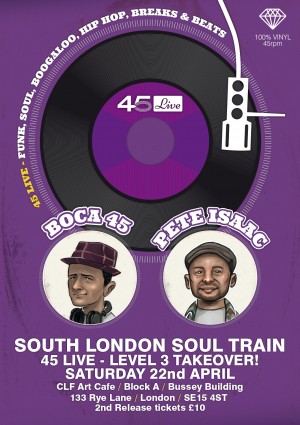 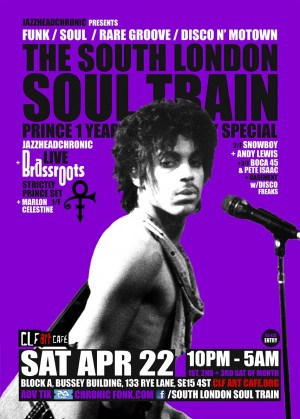 Stalwart to the CBR camp, Boca 45 kicks off proceedings on our Saturday night with the 45 Live Session, alongside another CBR faithful DJ Andy Smith (Portishead) and special guest from Coldcut and Ninja Tune founder Jon More. Strictly 45’s only, expect this heavyweight, and we mean HEAVYWEIGHT trio to be digging from the classic to the obscure across the funk, soul, breaks and hip hop genres. Not often you get to see three of the UK’s premier collectors going back 2 back…

It won't be a problem for beer either!
Beer and cider aficionados can look forward to sampling over 600 different beers and ciders next month as the UK’s favourite beer festival, CBR London 2016, takes over The Old Truman Brewery, Brick Lane.
This year see’s our largest and most diverse mix so far. From established UK breweries such as Beavertown, Thornbridge, and Harviestoun, to international talent from Little Bichos, Lagunitas, Mikkheller, and Bronx Brewery to independent family brewer’s Elgoods and Adnams via relative newcomers including Bad Seed and Mondo, CBR is now recognised as the launch pad event in the UK’s beer calendar for new and exciting brews. It is the place for beer fans to discover the brewing world’s
latest product launches, new recipes and innovations and the rare chance to meet the faces behind the brands.

The event will once again be part of London Beer Week 22 – 28 February, acting as the finale to its week of beer exploration around London’s best beer bars and breweries. The epicentre of the festival – the Lond on Beer Week Hub – will also be based at The Old Truman Brewery, and will be a week-long hive of pop-up beer bars and immersive beer experiences for those wearing a London Beer Week wristband. 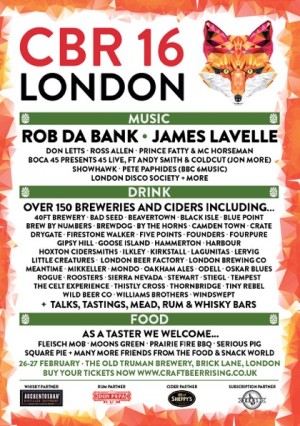 Andy Smith's 'Boombox' birthday party pulls the cream of the 45 spinners into the main room of the legendary Bussey Building in Peckham, South London. All styles will be catered for with 45 only sets from Andy Smith, Mr Thing, Scott Hendy (Boca 45) and Keith Lawrence (Mi Soul Radio). Expect everything from 1950's R&B/Rock & Roll though to Northern Soul, Funk, Disco,Boogie and 80's - 90's Hip Hip with many surprises along the way no doubt! 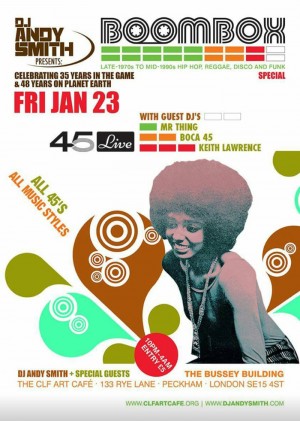