DJ Format’s debut album “Music For The Mature B-Boy” was one of the slowburn success stories of 2003. An album of soulful, funk-fuelled Hip Hop packed with infectious beats and lyrical dexterity, it delivered the promise of his early releases for ‘Mo Wax and Bomb Hip Hop. Received with quiet acclaim in the press it quickly became a word of mouth triumph, going on to establish itself as one of the most successful debut artist albums from the UK alternative/urban scene. The campaign was successful for a number of reasons not least it’s supporting batch of three incredible music videos all directed by the then unknown Ruben Fleischer. The most famous of these being the rapping and breakdancing costumed animals of “We Know Something You Don’t Know” featuring the vocals of Chali 2na and Akil of Jurassic 5 – played out by a shark and tiger respectively on the big screen it is an unforgettable piece of feel good Hip Hop. “Music For The…” also led to Format supporting (alongside MC Abdominal) Jurassic 5 on their European tour, and through subsequent touring in 2003 establishing Format as one of the hottest live Hip Hop tickets in town culminating in triumphant appearances at the Reading & Leeds festivals of 2004 and worldwide touring taking place in the whole of Europe, North America and Australia.

2005’s follow up album “If You Can’t Join ‘Em… Beat ‘Em” saw Format step up a gear, tightening the loops for a tougher sound. A heavy schedule of acclaimed live shows and DJ sets followed the release throughout 2005/06.

In 2006 Format was asked to contribute to the successful Fabric DJ mix series. Format's "Fabriclive 27" was one of the most well received of the series.

His DJ sets are renowned for their  boundary-crossing selection of the funk, soul, rock & hip-hop and his fabric mix showed of a condensed version of the party set that he's built  a solid reputation on. This was followed up in 2007 by another mix album, this time for the legendary Fania label, applying his signature b-boy style to the world's foremost catalogue of latin music.

By 2008 Format was back in the studio laying down ideas for a new album but found himself frustrated by the limitations of working with samples. He joined forces with old friend Simon James and together they formed The Simonsound. Inspired by music for film & TV ‘and 50s & ‘60s pioneering electronic music , they used Moog synthesizers,tape machines and other vintage studio equipment to create their debut album “Reverse Engineering’” released in 2010. The album was championed by Gilles Peterson but also received massive support in the Hip Hop community from the likes of DJ Spinna, Kenny Dope and Lord Finesse.

It was whilst working on the “Lungbutters” mix CD in 2008 that Format met Diggers With Gratitude founder member Sureshot La Rock. They immediately hit it off and it wasn’t long before Format had persuaded Sureshot to dust off his microphone and start writing rhymes again. By early 2011, they had recorded several songs together and “Mr DJ” was released on Project Blue Book, Format’s own label.

2012 finally saw the release of Format’s third album “Statement Of Intent”, boasting vocal collaborations with Edan, Mr Lif and Phill Most Chill as well as the ever present Sureshot La Rock. Format also showcased his wide and varied musical tastes way beyond Hip Hop, exploring Jazz and Blues with The Nostalgia 77 Quintet, spaced-out Electronics with The Simonsound and offered more of his own trademark instrumentals.

After his guest appearance on Statement Of Intent, Phill Most Chill was keen to get more beats from Format with a view to maybe recording another song or two. After exchanging some MP3’s and a few phone calls, it was obvious that the chemistry was perfect for an entre album together. “The Foremost”, a 10 track album of raw Rap songs by DJ Format & Phill Most Chill has just been released to great critical acclaim, with many citing it as the pair’s best work to date. 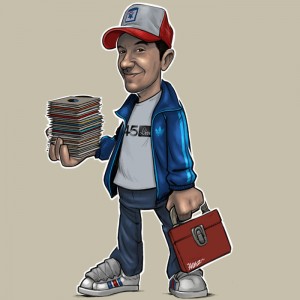 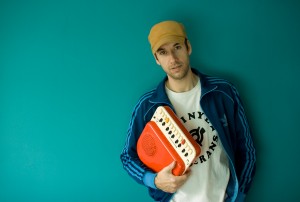